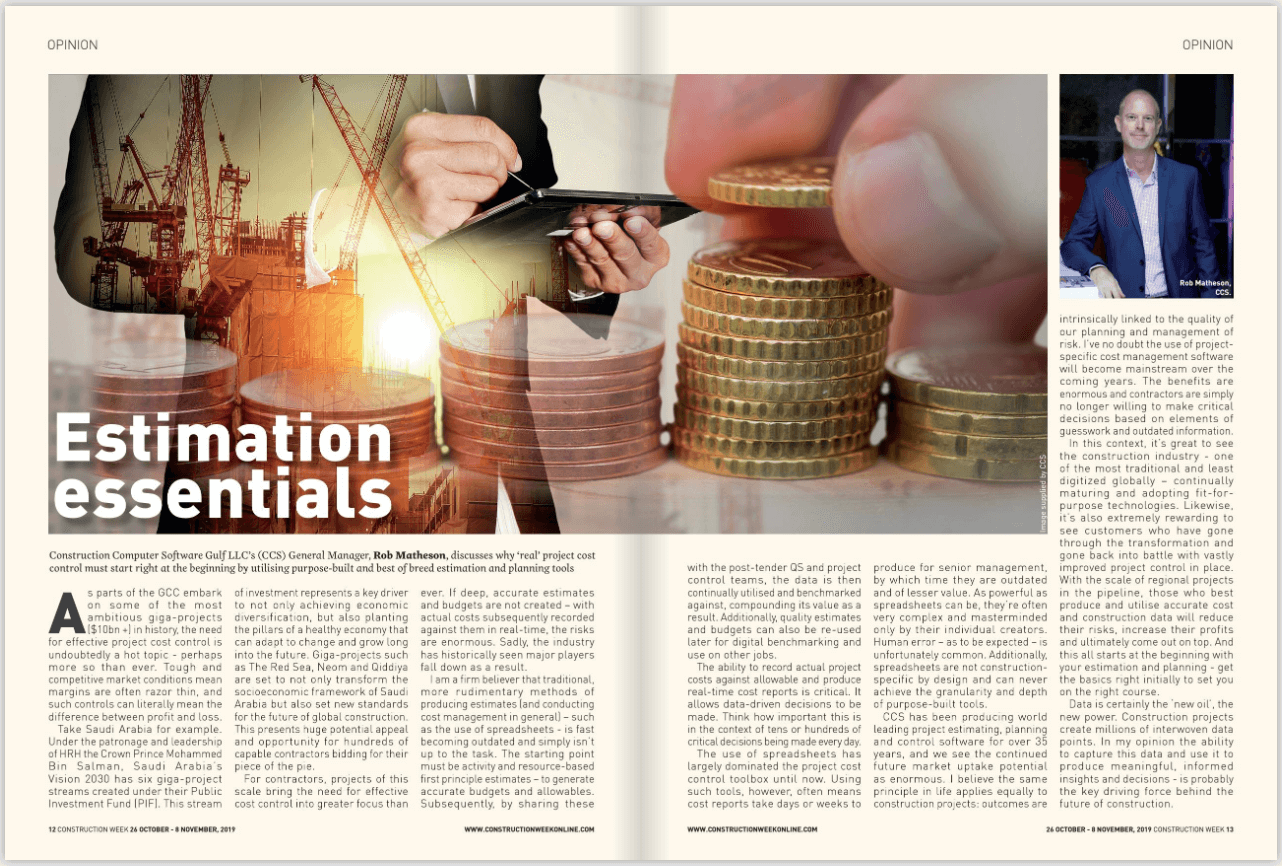 As parts of the GCC embark on some of the most ambitious giga-projects ($10b+) in history, the need for effective project cost control is undoubtedly a hot topic – perhaps more so than ever. Tough and competitive market conditions mean margins are often razor thin, and such controls can literally mean the difference between profit and loss.

Take Saudi Arabia for example. Under the patronage and leadership of HRH The Crown Prince Mohammed Bin Salman, Saudi’s Vision 2030 has six giga-project streams created under their Public Investment Fund (PIF). This stream of investment represents a key driver to not only achieving economic diversification, but also planting the pillars of a healthy economy that can adapt to change and grow long into the future. Giga projects such as The Red Sea, Neom and Qiddiya are set to not only transform the socioeconomic framework of Saudi Arabia but also set new standards for the future of global construction. This presents huge potential appeal and opportunity for hundreds of capable contractors bidding for their piece of the pie.

For contractors, projects of this scale bring the need for effective cost control into greater focus than ever. If deep, accurate estimates and budgets are not created – with actual costs subsequently recorded against them in real-time, the risks are enormous. Sadly, the industry has historically seen major players fall down as a result.

I am a firm believer that traditional, more rudimentary methods of producing estimates (and conducting cost management in general) – such as the use of spreadsheets – is fast becoming outdated and simply isn’t up to the task. The starting point must be activity and resource-based first principle estimates – to generate accurate budgets and allowables. Subsequently, by sharing these with post-tender QS and project control teams, the data is then continually utilised and benchmarked against, compounding its value as a result. Additionally, quality estimates and budgets can also be re-used later for digital benchmarking and use on other jobs.

The ability to record actual project costs against allowable and produce real-time cost reports is critical. it allows data-driven decisions to be made. Think how important this is in the context of tens or hundreds of critical decisions being made every day.

The use of spreadsheets has largely dominated the project cost control toolbox until now. Using such tools however often means cost reports take days or weeks to produce for senior management, by which time they are outdated and of lesser value. As powerful as spreadsheets can be, they’re often very complex and masterminded only by their individual creators. Human error – as to be expected – is unfortunately common. Additionally, spreadsheets are not construction-specific by design and can never achieve the granularity and depth of purpose-built tools.

CCS has been producing world leading project estimating, planning and control software for over 35 years, and we see the continued future market uptake potential as enormous. I believe the same principle in life applies equally to construction projects: outcomes are intrinsically linked to the quality of our planning and management of risk. I’ve no doubt that the use of project-specific cost management software will become mainstream over the coming years. the benefits are enormous and contractors are simply no longer willing to make critical decisions based on elements of guesswork and outdated information.

In this context, it’s great to see the construction industry – one of the most traditional and least digitized globally – continually maturing and adopting fit-for-purpose technologies. Likewise, it’s also extremely rewarding to see customers who have gone through the transformation and gone back into battle with vastly improved project control in place. With the scale of regional projects in the pipeline, those who best produce and utilise accurate cost and construction data will reduce their risks, increase their profits and ultimately come out on top. And this all starts at the beginning with your estimation and planning – get the basics right initially to set you on the right course.

Data is certainly the ‘new oil’, the new power. Construction projects create millions of interwoven data points. In my opinion the ability to capture this data and use it to produce meaningful, informed insights and decisions – is probably the key driving force behind the future of construction. 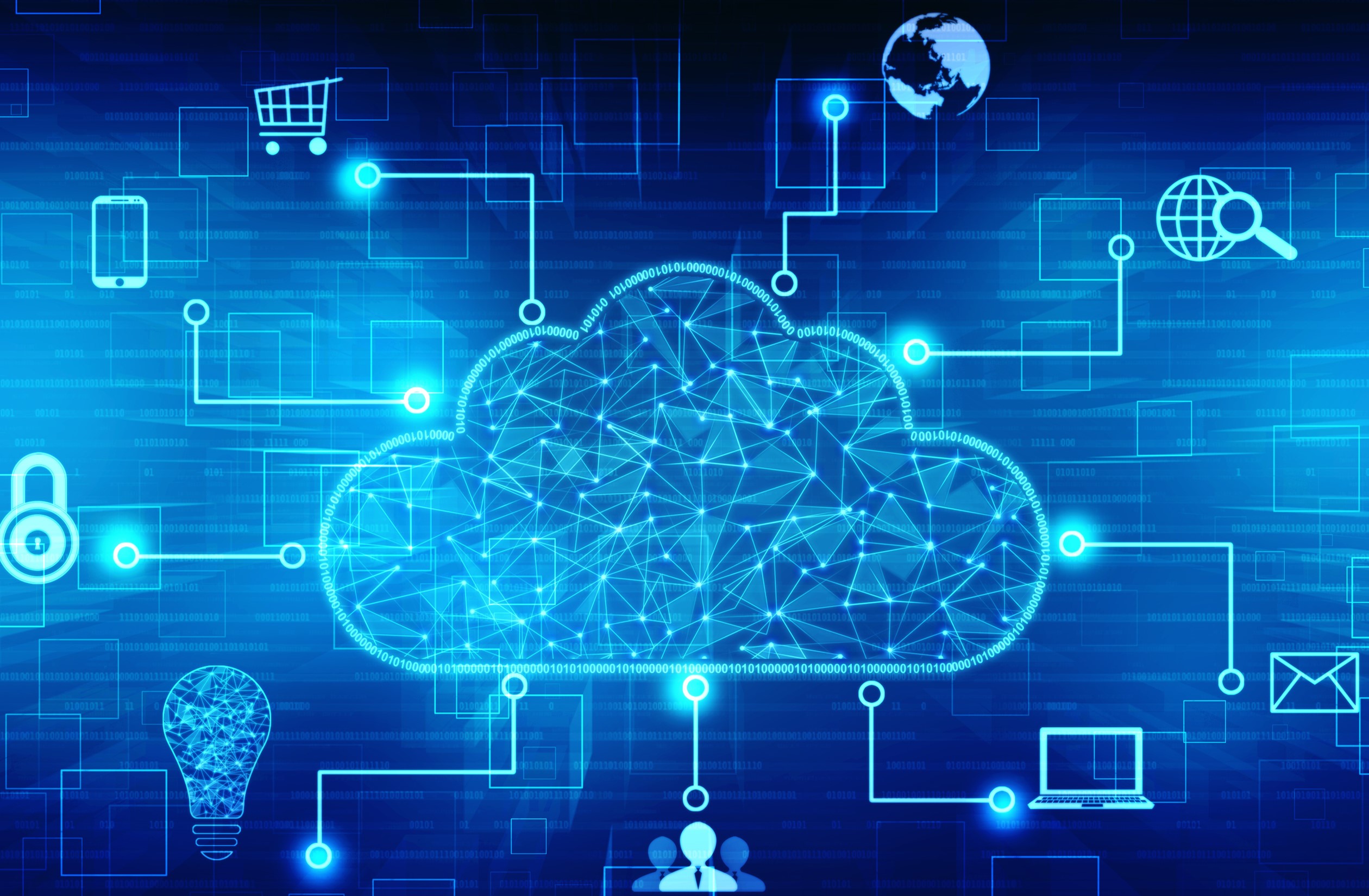 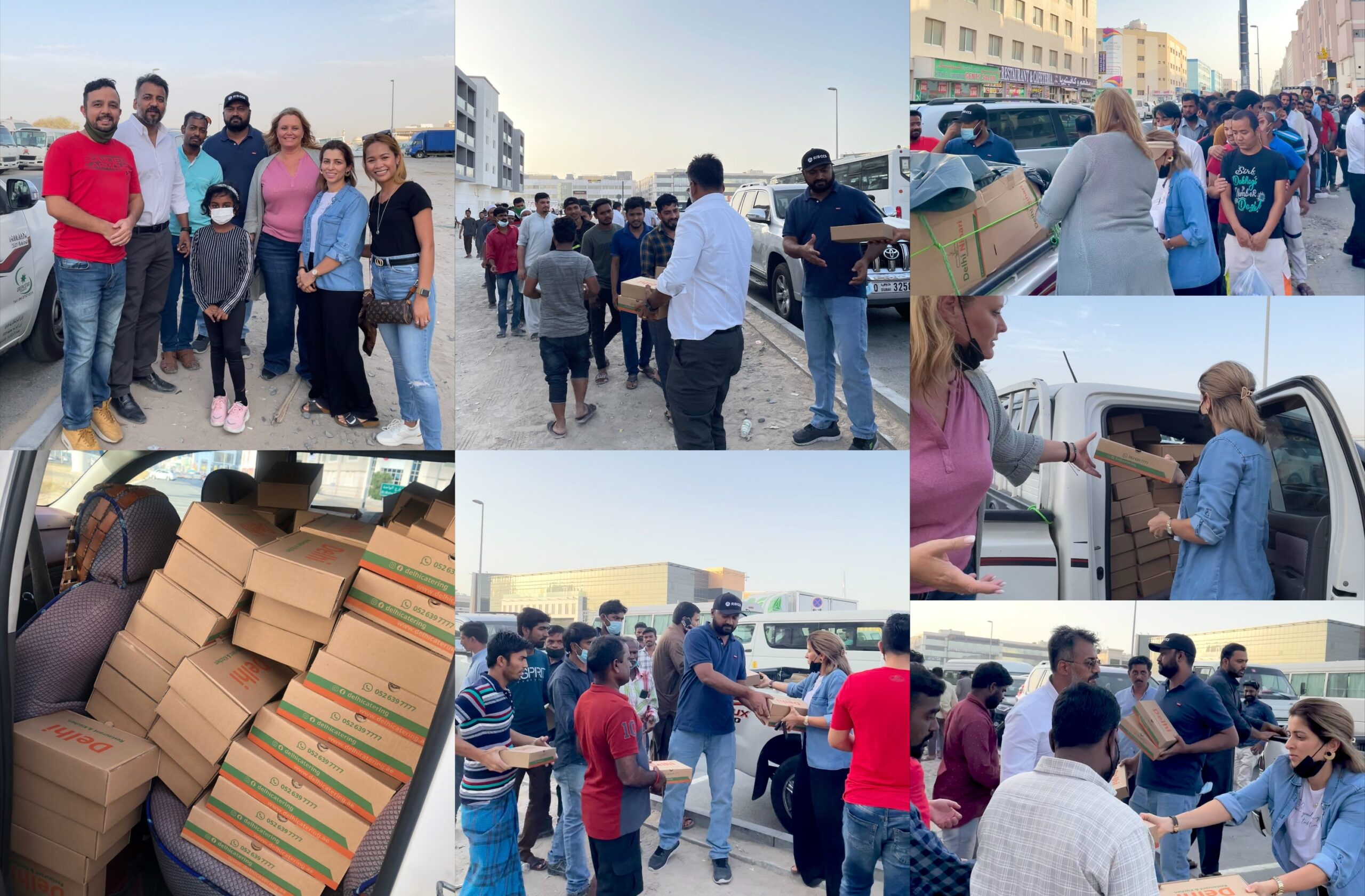 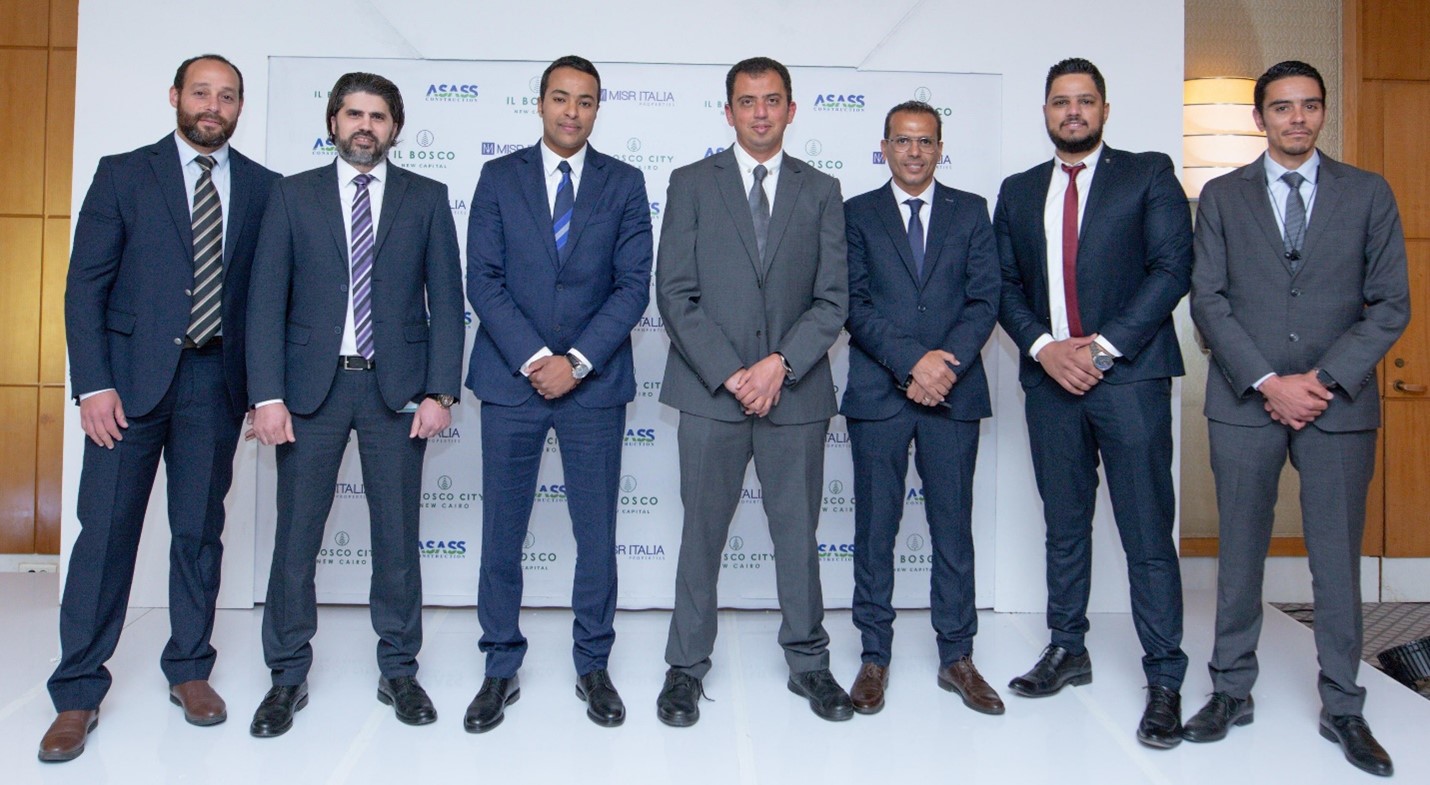 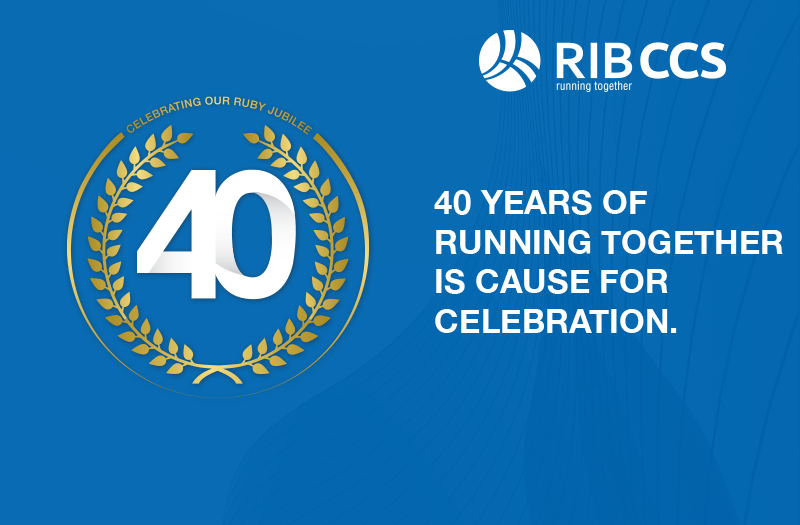